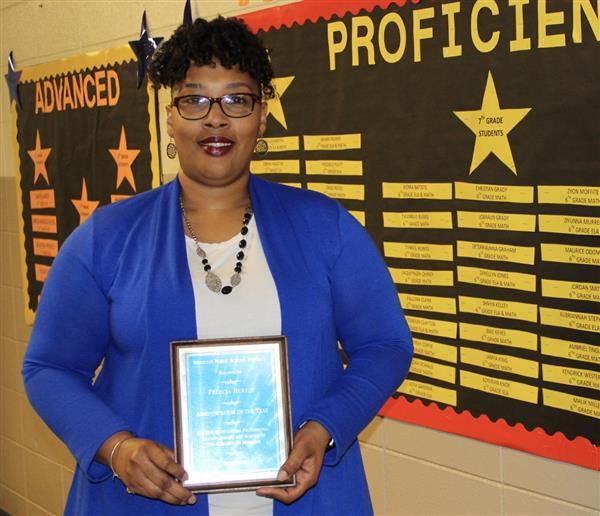 “It was something that was not anticipated, you know, it came as a shock,” said Ruffin. “I am excited and elated for the families of Carver!”

Ruffin noted that there have been several successes at Carver throughout the year.

“The success is just what we do on a daily basis for students. We count the daily victories — the wins that we have for the things we do for our kids,” said Ruffin. “We rally around them as a family and make sure those needs are met — success from implementing advisory, Leader in Me, jelling together as a faculty and coming together as a family — making this a place where students want to come to school so that they feel like they belong here and they have a future.”

Ruffin said the students are her favorite part of her job.

“The students… I told our faculty today that me being named administrator of the year is a victory for Carver; it’s not about me,” said Ruffin. “That’s what it is about, making sure kids’ lives are better and that they have a future and hope.”

When asked about advice she would give future educators, she stated that education is a calling.

”Ruffin has spent nearly two decades in education with the last ten being with MPSD.