In recognition of National Principals Month, the MPSD PBIS Office would like to celebrate our administrators. This week we recognize:

Mrs. Bell is a graduate of Meridian High School. When she was in school, math was her favorite subject. Her favorite teacher was Mrs. Sherry Morgan because she was fair, firm, and consistent. As a child, Mrs. Bell always wanted to be a teacher and made her siblings play school with her. Her mother has had the biggest impact on her life by being an example of a strong independent woman.

Mrs. Emerson is a graduate of Eagle’s Landing High School in Georgia but she attended Crestwood as an elementary student. While in school, her favorite subject was English Language Arts. Her brother was an inspiration for her becoming a teacher in the area of Special Education. In her free time, she loves traveling, writing, and spending time with her family.

Mrs. Thomas is a graduate of Stephen D. Lee High School in Columbus, MS. Mrs. Thomas became a teacher because she wanted to be like Mrs. Rose Himes, her favorite teacher. If she had to choose a different career, Mrs. Thomas would want to be a beautician. Advice for a first-year teacher…”Build a positive strong relationship with your students and their parents. If you are well prepared then you will not go home as tired at the end of the day.”

Mrs. Shadwick is a graduate of Meridian High School. In school, Mrs. Shadwick’s favorite subject was Science and her favorite teacher was Mrs. Liz Micheals who pushed her to be the best version of herself. Mr. Ricky Hood is her biggest inspiration. According to Mrs. Shadwick, to Mr. Hood “I was somebody, He would not allow me to settle for anything less than what he felt like I deserved.”

Mrs. Davis is a graduate of Noxubee County High School. In school, her favorite subject was math and Mrs. Mullins, her drama teacher, was her favorite teacher. As the second oldest of nine siblings, Mrs. Davis always played teacher and it became her passion. If she chose another career, she would be a Sports Manager. In her free time, Mrs. Davis enjoys family time and watching sports...especially her sons playing basketball. 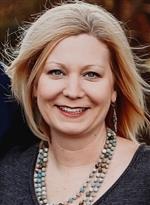 Mrs. Boykin is a graduate of Newton County High School. Her favorite teacher was Mrs. Kathy Pearce who instilled a love of math in me, believed in me, and helped me to apply for scholarships so I could attend USM. In her free time, Mrs. Boykin enjoys shopping, traveling, and redoing furniture. Her advice to new teachers is “Hang in there! Some days are hard, but in the end, the reward of seeing a child learn and enjoy learning makes it all worth the effort.” 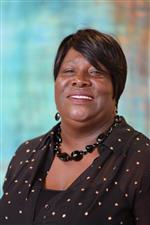 Ms. Mosley is a graduate of Northeast Lauderdale High School. She attended Mississippi State University where she studied Counselor Education. She also studied at the University of West Alabama. She has served as an assistant principal at Meridian High School and has been principal at Oakland Heights Elementary for three Years. Ms. Mosley has a passion for working with children and families.

Ms. Cullen is a graduate of Columbus High School where her favorite subject was Science. Ms. Cullen says “Teaching is a career that chose me.” She also comes from generations of educators so she likes to think teaching is “embedded in her DNA.”  If she could not be a teacher, Ms. Cullen would like to be a Child Psychologist. In her free time, she enjoys resting, cooking, traveling, or catching up on a good show.

Mrs. Chisholm graduated from Fairhope High School in Fairhope, AL. Her favorite subjects in high school were music and english. Mrs. Chisholm attended Mississippi State University and decided to be a teacher because there was scholarship money for singing. When she has free time, Mrs. Chisholm likes to spend it with family. Her advice to new teachers is “Find a good mentor; Take time for yourself; Try not to stress on the little things; Be kind.”

Dr. Fleming is a graduate of West Lauderdale High School. In high school, Mr. Willie Thompson was her absolute favorite teacher because of the connections he made with his students. Mr. Thompson also made history her favorite subject. If she wasn’t a teacher, Dr. Fleming may have been an attorney. During her free time, she relaxes by reading, completing Bible studies and watching shows. 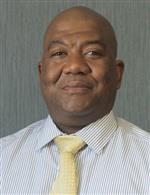 Mr. Kennedy is a graduate of Ethel High School. Ms. Adam, his sixth-grade teacher was his favorite teacher and math was his favorite subject in high school. Being a math tutor while in college for his work-study job is what led Mr. Kennedy to become a teacher. The biggest inspiration in his life was his “high school guidance counselor because he told me that I was not college material.” His advice for new teachers “Take one day at a time and don’t sweat the small stuff.” 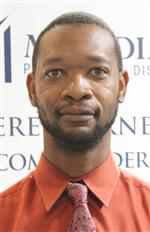 Dr. Blackmon is a graduate of Greenwood High School. Coach Allen Rice was his favorite teacher. Although he was a very traditional social studies teacher, he was the realist teacher Dr. Blackmon ever met. Dr. Blackmon’s original idea was to have a job in economic public policy. After completing his Master's in Economic Public Policy, his mother, who is also a teacher,  helped to secure a job for him in the Greenwood Public School District. When he has spare time, he enjoys golfing.

Mr. White is a graduate of Hazlehurst High School. He has a Bachelors's in Psychology from Jackson State University, Masters's in School Counseling from Alcorn State University, and an Educational Specialist in School Counseling from Delta State University. He enjoys working with young people to help them reach their full potential, spending time with family and friends, and just enjoying life. “I believe that every morning we wake up, we are given another opportunity to make the world a better place.” I am most appreciative to have this opportunity to work with Dr. Blackmon and the T.J. Harris Upper Elementary family to build a school that boasts a culture of academic excellence while serving the students holistically.